During this visit, Mr Hammond came to CCLSWA as part of his Consumer Affairs Roadshow where he visited numerous community legal centres throughout Australia that specialise in the Australian Consumer Law. He spoke with centre staff about the work that CCLSWA does. Mr Hammond is the Shadow Minister for Consumer Affairs.

Mr Hammond was particularly interested in CCLSWA’s submissions to the Australian Consumer Law Review on consumer law issues. These submissions made several recommendations in regards to ‘lemon laws’ and included the need for nationwide legislation. A copy of our submission is available on our website here.

We thank Mr Hammond for taking the time to visit CCLSWA. 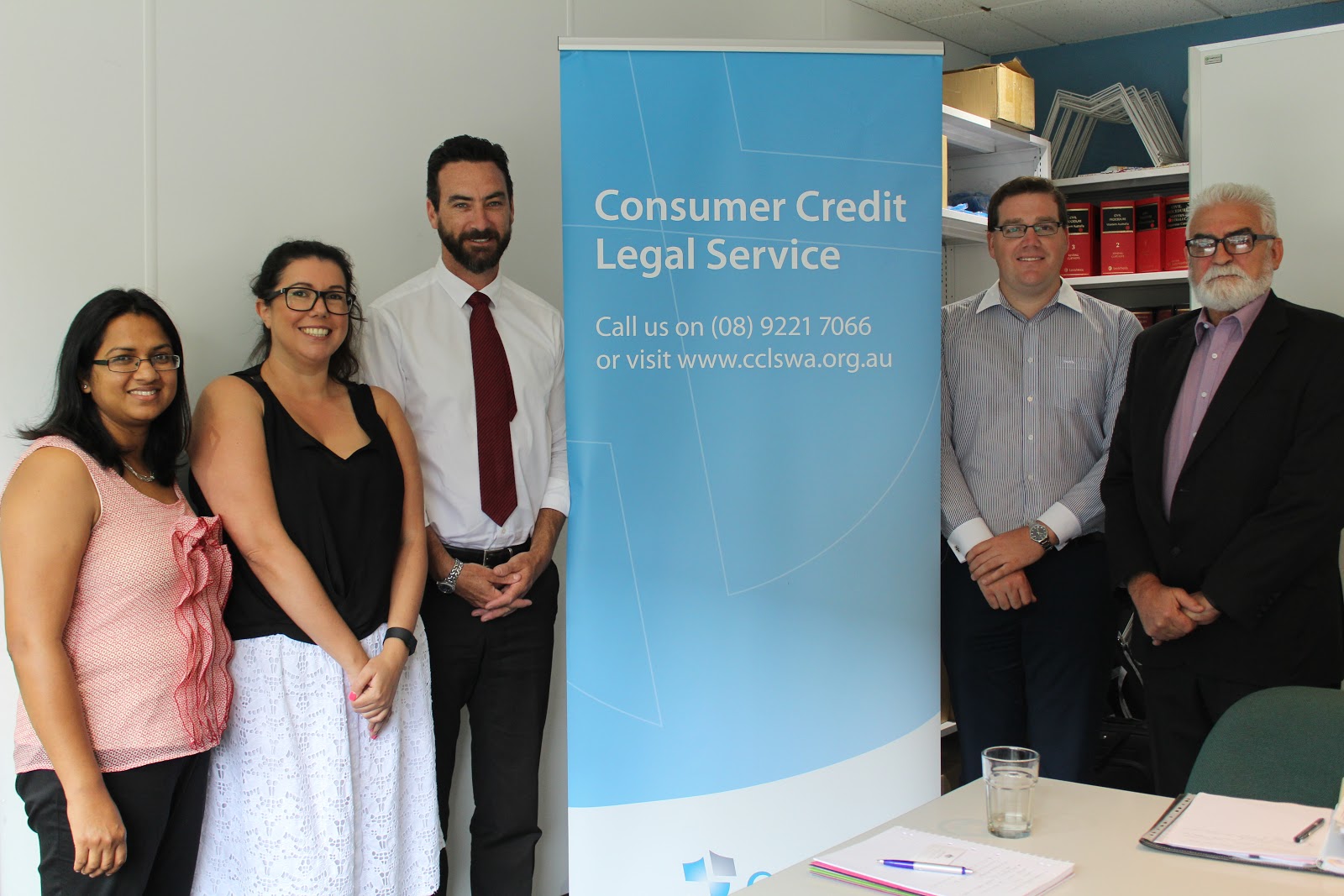