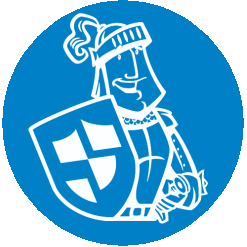 For December’s newsletter we look back at 2020 to celebrate all that we achieved during the year.

Like many organisations, we made the decision to close our physical office in March due to COVID-19. We made the most of working from home as we implemented daily Zoom meetings which have continued as a new workplace practice since our return to the office.

Despite the obvious challenges of 2020, there were many positives for CCLSWA. For example, in October we won the Not-For-Profit Award at the Attorney General’s Community Service Law Awards.

Two major campaigns this year were the Stop the Debt Trap campaign and the Raise the Rate campaign. These campaigns were in full swing this year and advocated for better regulation of payday lending and a long-term increase to JobSeeker and other allowances to lift people out of poverty.

With so much law reform work during 2020 to help people affected by COVID-19, we were shocked when the Federal Government announced plans in September to change responsible lending laws. Legislation to axe responsible lending laws was introduced in Parliament recently and was referred to a Senate Inquiry to report back by 12 March 2021. Watch this space and keep your eyes peeled for any #SaveSafeLending campaigns!