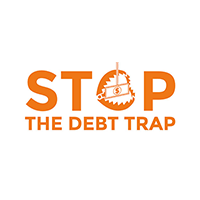 A report has been released by the Stop the Debt Trap Alliance demonstrating how much payday lending is really costing Australians. The results are staggering, with the gross amount of payday loans projected to reach $1.7 billion for the 2018-2019 calendar year.

Who is the Stop the Debt Trap Alliance?

CCLSWA are proud to be a part of the Stop the Debt Trap Alliance, a national coalition comprising of over 20 consumer advocacy organisations from across Australia. Each of the organisations involved witness the harm caused by payday lending, through advice and casework services they provide to vulnerable Australians. The organisations include community advocates, financial experts and service providers. The Alliance was launched in August 2019, marking 1,000 days since the Coalition Government accepted the recommendations of the independent SACC Review into small credit contracts.

Amongst its key findings, the Alliance has found that:

The payday lending market is continuing to grow and the Stop the Debt Trap Alliance is urging the Australian Government to introduce legislation that implements the recommendations of the SACC Review, to provide consumers with stronger protection from predatory pay lenders. These recommendations include: