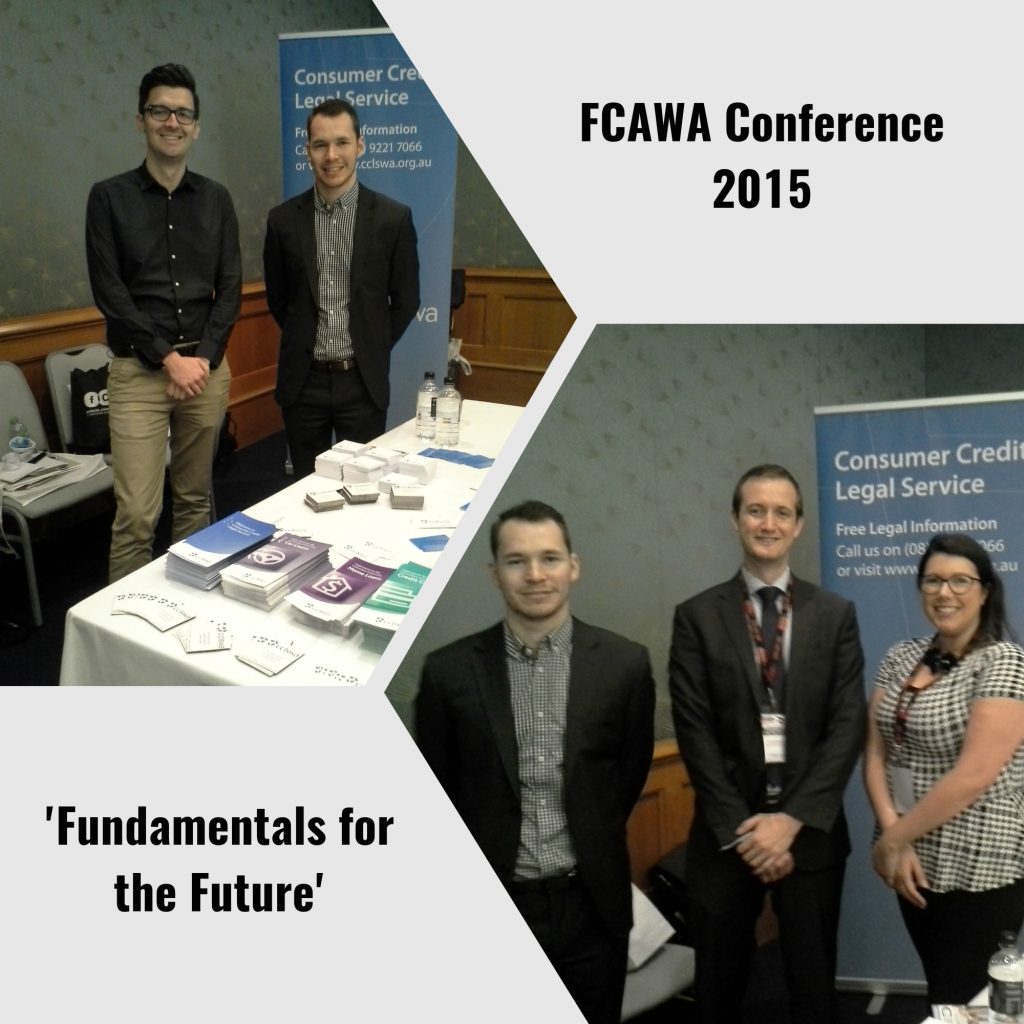 It’s been a tough year for the Financial Counsellors’ Association of Western Australia (FCAWA), given the State Government’s decision to cut funding to financial counselling services; however, FCAWA was nevertheless pleased to celebrate its 30th birthday at its annual conference that took place from 19 to 21 October 2015. The theme for this year’s conference was ‘Fundamentals for the Future’ and was well-attended by industry representatives and ombudsmen.

CCLSWA’s principal solicitor, Faith Cheok, was invited to present a session for the second day of the conference. Together with fellow solicitor Georgina Molloy and volunteer paralegal Edward Souti, the team from CCLSWA spoke about issues such as unjust contracts, responsible lending and unconscionable conduct.

Solicitors from CCLSWA were also present for several other parts of the conference; including the Industry Bazaar, which allowed delegates at the conference to meet representatives from many different organisations that financial counsellors often deal with. Solicitors Curtis Ward and Gemma Mitchell, as well as volunteer paralegal Connor Taylor, took part in the Bazaar on behalf of CCLSWA.

Many thanks to FCAWA for the invitation to attend such a fantastic event and to the financial counsellors of Western Australia in general, for the tireless work they do in assisting people who have difficulties managing their finances.