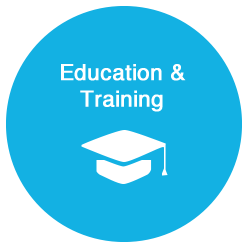 When you, as a consumer, apply for credit, your credit provider must comply with certain responsible lending obligations, as outlined in Chapter 3 of the National Consumer Credit Protection Act 2009 and ASIC’s Regulatory Guide 209. These obligations aim to minimise the risk of consumers entering into credit contracts that are unsuitable for them.

In the case of Lomax v National Australia Bank Ltd (Human Rights) [2014] VCAT 348, the 66 year old applicant claimed that NAB’s refusal to refinance his existing line of credit, which was in default, constituted discrimination on the basis of age under the Equal Opportunity Act 2010 (Vic). NAB’s lending guidelines required the applicant to provide evidence of an ability to service the loan. The applicant put forward various business proposals which projected that the business would be up and running in 4 to 6 months, and would pay him a salary at that time. However, the applicant had no way of servicing the loan in the meantime.

NAB stated that they could not accept an application for a loan on the basis of projected income and required the applicant to be receiving a current income. The applicant’s previous business had ceased operating, he did not have any superannuation or shares and so NAB enquired as to the applicant obtaining employment, for the purposes of identifying a repayment source. The applicant claimed this requirement was discriminatory as people around his age were often unemployed (as he was) and had poor employment prospects.

Referring to ASIC’s Regulatory Guide 209, the Tribunal acknowledged that in some circumstances, usually involving consumers who are either retired or close to retirement and having no or a low income, the sale of assets may constitute a valid repayment source, especially in the case of downsizing or a reverse mortgage. However the applicant’s only asset was his place of residence and his only income came from Centrelink benefits. Without the applicant being able to present an adequate repayment source that would not result in substantial hardship, the Tribunal concluded that NAB’s requirement of an income was reasonable and non-discriminatory, stating that “an absence of a repayment source is likely to lead to the rejection of finance proposals made by people of all ages”.

Relevant paragraphs of the case are extracted in the case note by David Jacobson, editor of the Australian Regulatory Compliance Review, and are available here.

If you have concerns about whether your credit provider has breached its responsible lending obligations, please contact CCLSWA on (08) 9221 7066.