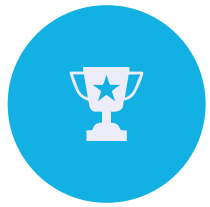 CCLSWA heartily congratulates our former solicitor Juin Ng and former paralegal Aarushi Garg. Both Juin and Aarushi sailed from Perth for the eastern states in the last week of July 2016.
Juin started at CCLSWA as a volunteer paralegal, before taking on the role of solicitor for the period February to November 2012. Juin then joined ASIC as a secondee lawyer from CCLSWA, before becoming a staff lawyer at ASIC. Juin later moved to the ATO as a prosecutor. Her latest move interstate is to join KPMG Melbourne as an in-house lawyer.
Aarushi joined CCLSWA as a volunteer paralegal from 2012 to 2015. In 2016, Aarushi commenced a graduate position with ANZ Corporate & Commercial Banking division in Perth. Aarushi then sought and gained a posting to ANZ’s Sydney offices.
We wish Juin and Aarushi all the best in their careers. We are justifiably proud of their achievements.