Catherine and Michelle volunteered at CCLSWA during their undergraduate degrees and have both gone into private practice.

Rachael and Haya completed their Practical Legal Training with CCLSWA through the Piddington Justice Project. Rachael is currently working for Street Law Centre WA as its community legal education officer and Haya has taken up a government position in Canberra.

Sara is currently seconded to CCLSWA one day a week.

It is great to see what talent we have come through our doors and we congratulate our former volunteers on their fantastic achievement of being admitted to practice!

Chief Justice Wayne Martin remarked that he was pleased to see that an overwhelming majority of the lawyers admitted on the day were female. He encouraged them to rise to the senior ranks of the legal profession.

We welcome all the newly admitted lawyers to the profession and wish them all the best in their legal careers. 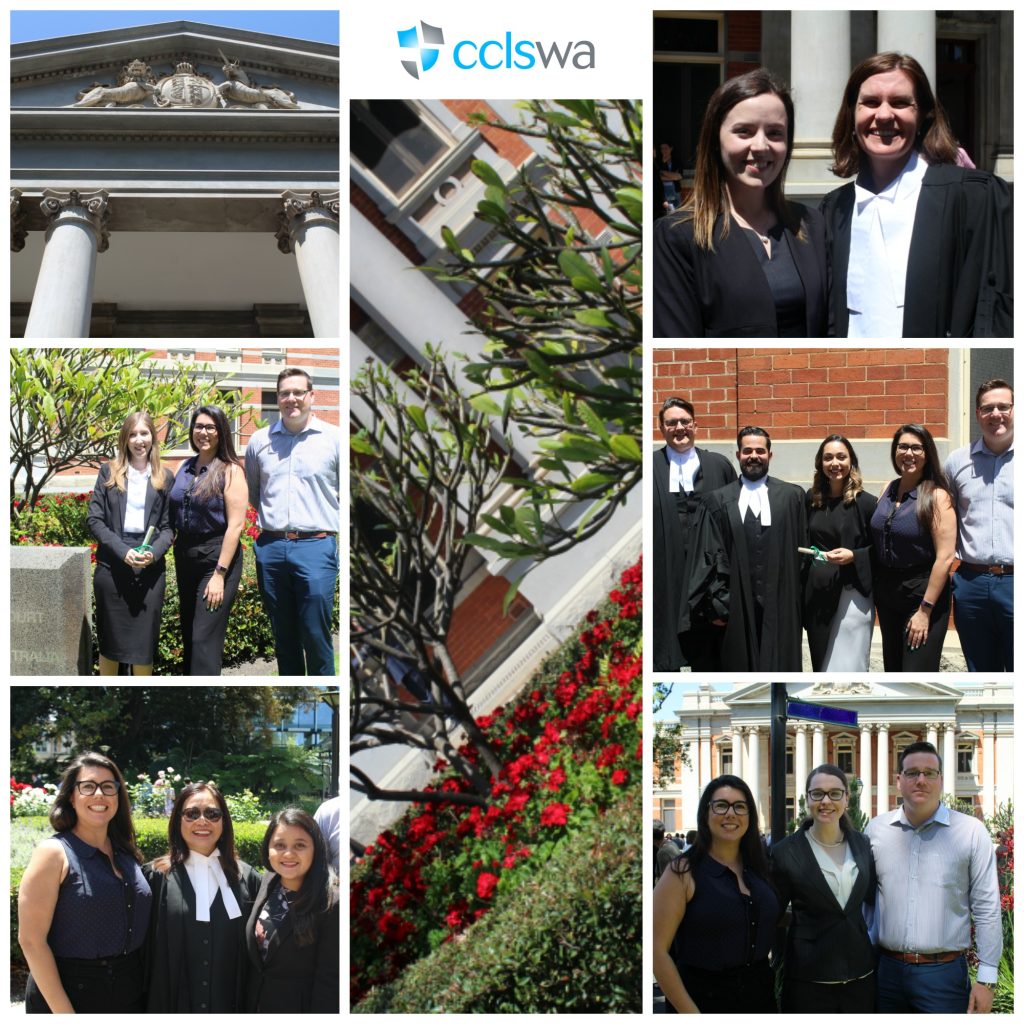