In 2004, a client entered into a simple credit card contract with a lender.  The credit limit was insured.  In 2006, the client obtained a second credit card with the same lender.  Contrary to the client’s belief, the insurance covering the first credit card did not extend to the second card.

The client suffered serious medical problems in late 2006 and spent a significant amount of time in rehabilitation.  During rehabilitation, the client made no repayments on the second credit card debt.  Due to long-term unemployment, the loan remained repaid for a number of years. 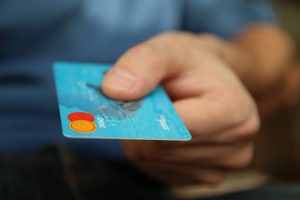 The client contacted CCLSWA for advice.

CCLSWA negotiated with the debt collector on behalf of the client.

This case study is an example of the best result that we could achieve for a client.  Debt collectors and creditors do not typically waive loans and the outcome of your negotiation with a debt collector and creditor will vary depending on the circumstances.

If you have trouble negotiating with the lender or debt collector phone CCLSWA on 9221 7066 or e-mail a request through from this site and one of our volunteers will contact you.