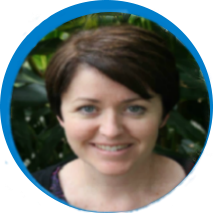 Roberta is a senior solicitor at CCLSWA. Roberta attended the National University of Ireland, Galway and graduated in 1999 with a B.Comm (Honours) degree and obtained an LLB (Honours) Degree in 2001.

She also studied for a year at the Law Faculty of the University of Sydney. Roberta has studied at the Law School of the Law Society of Ireland and was admitted to the roll of Solicitors in Ireland in 2005.

Roberta relocated to Perth with her family and completed the Graduate Diploma in Legal Practice at the University of Western Australia in order to gain admission to practice in WA in 2014. She worked for a first tier corporate and commercial law firm in Perth CBD before moving to CCLSWA in April 2016.