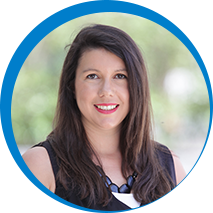 Gemma is the Managing Solicitor at CCLSWA.

In 2007, Gemma migrated from England to study law at the University of Notre Dame in Fremantle, where she graduated with Honours. Gemma also holds a BSc (Hons) in Psychology. After graduating in 2009, Gemma worked for a boutique commercial law firm in the CBD, before moving to CCLSWA in October 2013.

Gemma commenced as Principal Solicitor of CCLSWA in August 2016 and became Managing Solicitor in July 2017. Gemma is also a member of Women Lawyers of WA.

Gemma believes that access to high quality legal services should be available to all members of the community.