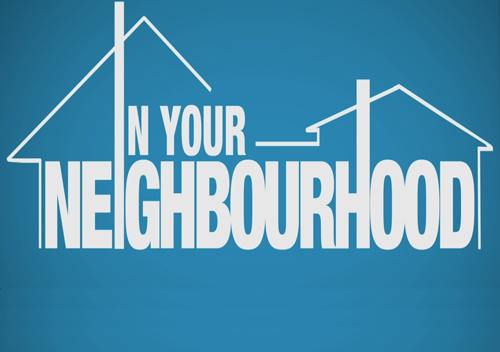 This month Principal Solicitor, Gemma Mitchell spoke to Heritage FM about a variety of topics including  CCLSWA’s recent participation in a number of different community events and our recent visit from Dr Anne Aly MP.  She also addressed the dangers of Small Amount Credit Contracts, otherwise known as payday loans and CCLSWA’s involvement in the lobby to reform payday lending and consumer leases.

Payday loans are small amounts of money lent to borrowers for a short term, often at very high rates. They were designed to meet unexpected expenses and are supposed to be a convenient way of managing a temporary cash flow problem, the idea being that borrowers could repay their loan after they received their next wages or Centrelink payment (i.e. their next “payday”).  They are meant as a short-term solution and are not suited for long term or continuing financial needs.

They are loans of less than $2,000 and are repaid between sixteen days and 1 year.

Consumers typically take out these loans online so they are usually quick approvals and quick access to cash with little documentation required. However, consumers are often unaware of the risks involved.

The risks can include being charged a high establishment fee and high repayment amounts. For example, over 12 months, if you borrow $1,000, you could end up repaying $1,680.

The danger of payday loans arises partly due to the ease with which they can be applied for online.

Warnings about payday lending must be displayed and should be read before a consumer is able to apply for the loan. The warnings should be displayed before the borrower can access any loan application and should warn borrowers about the expensive nature of payday loans.

Additionally these warnings should outline that the consumer may not need to take out a loan today as there may be other options available to them. These options might include seeking the assistance of a financial counsellor, working out a payment plan with existing lenders or utility providers or seeking other borrowing options.

The WA Council of Social Service, the Financial Counselling Network WA, No Interest Loans Scheme and the Financial Counsellors’ Association of WA have called for urgent action by the Federal Government to reform the laws surrounding payday lending and consumer leases. This lead to the National Day of Action for Payday Lenders where the government heard from consumer groups all over Australia encouraging change based on recommendations from a government-appointed independent panel, which looked into reforming payday loans and consumer leases.

The Government agreed to most of the changes in the review and have proposed that they will debate and legislate on the issue of payday loans later this year.

A consumer lease lets you hire an item for a period of time. It is a contract between you and the business supplying the item which allows you to pay to use the item for a certain amount of time, rather than buying the item outright.

Things you should be aware of with consumer leases:

The National day of Action also discussed law reform for consumer leases, where the aim was to protect low-income earners and those vulnerable in our society to the potential harm consumer leases can cause.

The law firm, who is representing consumers, says that the case may affect up to 200,000 people and, if successful, could result in Radio Rentals refunding around $50 million.

The lawsuit accuses the company of imposing on disadvantaged customer’s onerous and unfair terms that avoid credit laws that prohibit overcharging.

This is not the first time that Radio Rentals have been investigated for their conduct. In 2012, the Consumer Action Law Centre requested that ASIC investigate the same Rent, Try $1 Buy Scheme.

Currently, there is no limit on the amount of fees that a person can be charged under a consumer lease.

This reveals the need for urgent reform in line with the recent Small Amount Credit Contract review.

Law Week is an annual opportunity for the legal profession to engage with the Western Australian Community to raise awareness and build a shared understanding of the vital role that the law plays in our society.

CCLSWA participated in the Law Access Walk for Justice on Tuesday, starting in front of the Bell Tower at Elizabeth Quay.

Law Access is a not-for-profit organisation that coordinates the giving of pro bono (free or reduced cost) legal assistance by the Western Australian legal profession.  The service is targeted at helping non-for profits and individuals in genuine need of legal assistance.

CCLSWA walked to celebrate the vital pro bono work that we are proud to be a part of in the legal profession.

On Thursday, CCLSWA conducted a community legal education seminar at the Edmund Rice Centre in Mirrabooka. We presented a free financial literacy presentation for newly arrived migrants which covered consumer credit issues such as general credit and debt, buying a car and online shopping.

This week, CCLSWA was also very fortunate to be visited by Dr Anne Aly MP, Labor member for Cowan. Prior to becoming the member for Cowan, Dr Aly was a professor at Edith Cowan University.

Gemma Mitchell met with Dr Aly to discuss the Small Amount Credit Contract reforms on her visit to Parliament House in March, so it was fantastic to have Dr Aly at CCLSWA to discuss with the rest of the team the proposed law reforms discussed during their meeting in Canberra.

Dr Aly gave us some interesting insights into the changes that a reform in the laws surrounding payday loans may bring, with the aim of moving towards more financial fairness.

If you, or anyone you know, is experiencing financial difficulty, or you think you have maybe been granted an unsuitable pay day loan or consumer lease, you can contact CCLSWA for legal advice. We are a free service and are always happy to advice on what your legal rights and options are.